Sunscript combines two different styles, Italic and English cursive, and is executed with a rapid and free gesture

completely devoid of rigidity and formalism. Its brilliant rays are created with pens that have a very long

fine point, ideally suited to this particular form of expression. Before Sunscript came into being, it existed in

Plato’s world of ideas, conceived as the celestial abode of the archetypes. A world that gave birth to Beauty and

Strength, from which Sunscript draws its inspiration, becoming a current that flows with a rhythm that can be

harmonious or energetic, but is always pervaded by elegance.

In a single movement – like a sinuous wave that builds up, crashes and recedes in the undertow – the circle

becomes an oval, Roman characters are transformed into cursive ones that spawn lines and rhythms created

by contrasting pressures. Every letter is incredibly versatile: the grace and style of the explosion of light on the

page can only be achieved through a knowledge of the ancient scriptures, complete control, rapid execution

and presence of mind. So that countless suns might shine in the firmament of calligraphy.

This new calligraphy style is approached in an unusual way. We do not begin by studying the letters but from

the abstract forms of which they are composed. It is a philosophical approach that requires receptiveness and

inner freedom, which are cultivated by tracing abstract lines. The writing tool is a small pen with a long, fine

and Line to Plane, we start by exploring the Point: it is amazing how the simplest of all the signs can trigger a

whole series of compositions and illustrations. We then move on from the Point to the Line, dynamically executing

it horizontally, vertically and in every possible direction. The quality of the sign, achieved through the

perfection of the gesture and movement, is fundamental in Sunscript. At this stage, the more you concentrate

on the composition the more control you have over the gesture in writing. The transition to studying the Plane,

or surface, comes naturally, and we will create illustrations in a floral and landscape style as well as abstract

Now we are ready to begin practicing letters. A mastery of English Copperplate script and Italic is essential,

both for lower-case and upper-case letters. These are soon inserted in a written text, striving above all for fluidity

in the script and ligatures, by coordinating. The course lasts from 2 to 5 days. 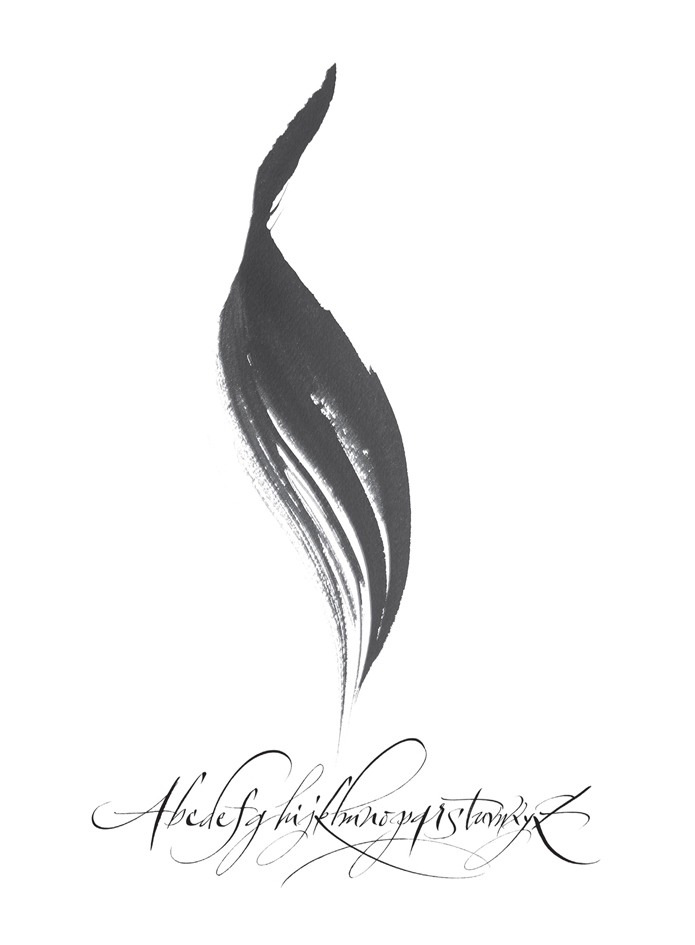 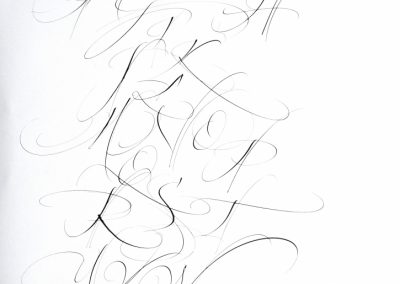 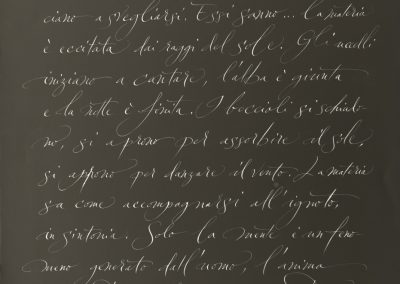 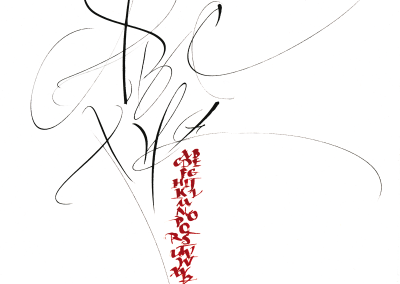 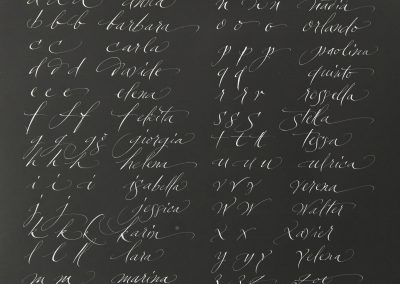 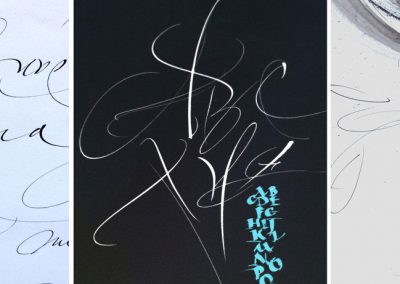 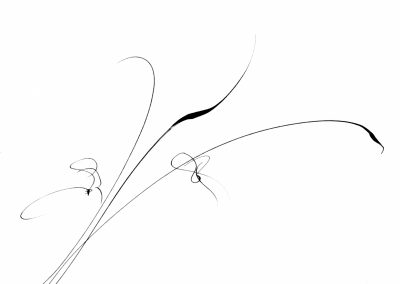 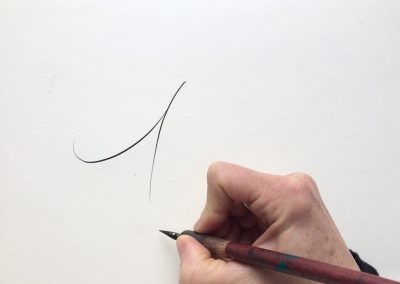 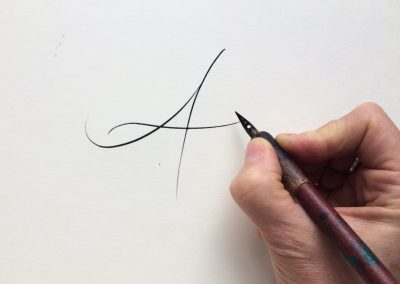 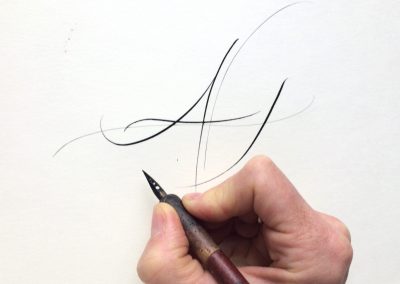 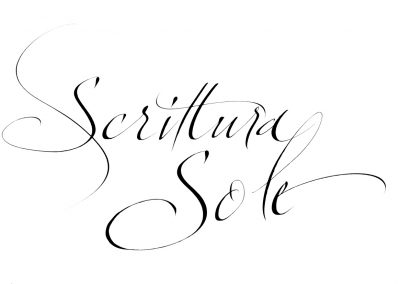 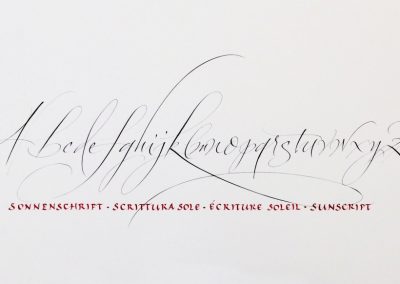 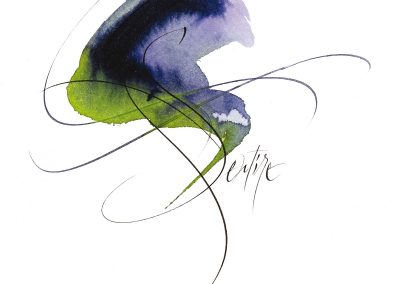 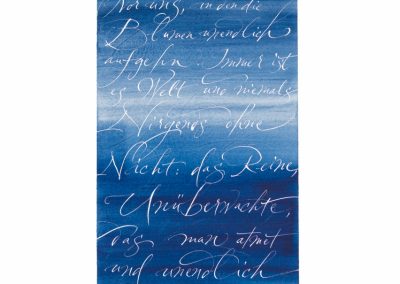 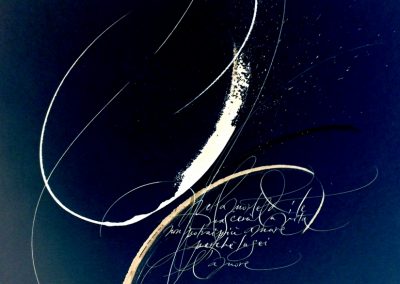 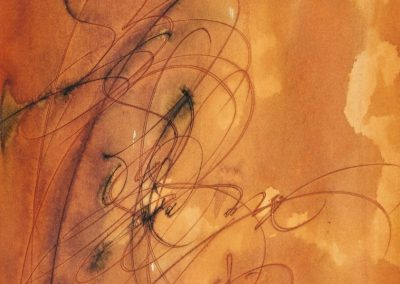 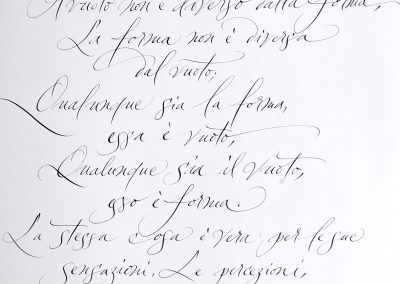 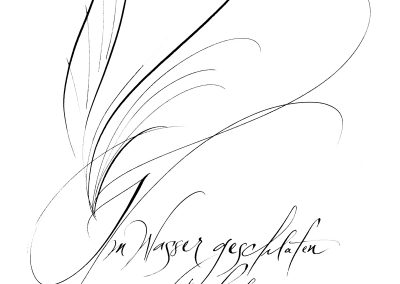 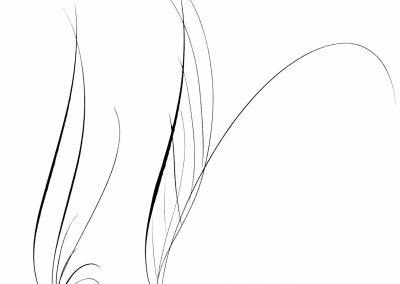